1. The academic year in Ireland is September through June and usually consists of 2 semesters.

2. Your classes in Dublin will be taught in English, as that is the predominant language spoken. Despite being required to take it as kids, most Irish students actually don’t even know that much Irish!

3. You can study full-time or part-time at Irish universities. It will take you about 3-4 years to finish your undergraduate degree as a full-time student. Ireland also has some programs offering master’s degrees in one year.

4. The grading scale in Ireland might be different than what you are used to (it definitely was a big shock to me coming from the U.S.!) You will be graded on a scale of 1-70 instead of 1-100, so don’t be shocked if you receive a much lower score than you are used to!

5. What are known as “clubs” at an American University are called “societies” in Ireland. I was almost overwhelmed with how much I could join!

How Many Universities Are in Dublin?

There are 5 public universities in Dublin.

Location: Located straight in the heart of Dublin’s city center, TCD is popular for its ease of access to the city. There are restaurants, pubs, shopping centers, and entertainment surrounding the campus.

Known for: Being the oldest university (1592) in Ireland, and some pretty credible alumni such as Oscar Wilde and Courtney Love.

If you have seen any photos of Irish Universities, it is probably this one. Between the beautiful library and its convenient location, it can be quite a tourist destination.

Out of all the universities, this probably fits the stereotype best for “posh” upscale European university, though it definitely goes beyond that as well.

Location: It is located about 6km south of Dublin’s city center, so there is a bit more of a laid-back feel to it. The campus boasts beautiful parklands that help it to feel a bit more rural than living in a big city.

Known for: Having the largest student population and strong support for international students from their Office of Global Engagement. UCD has a much more modern feel to the campus, and this is reflected in its popular fields of study. 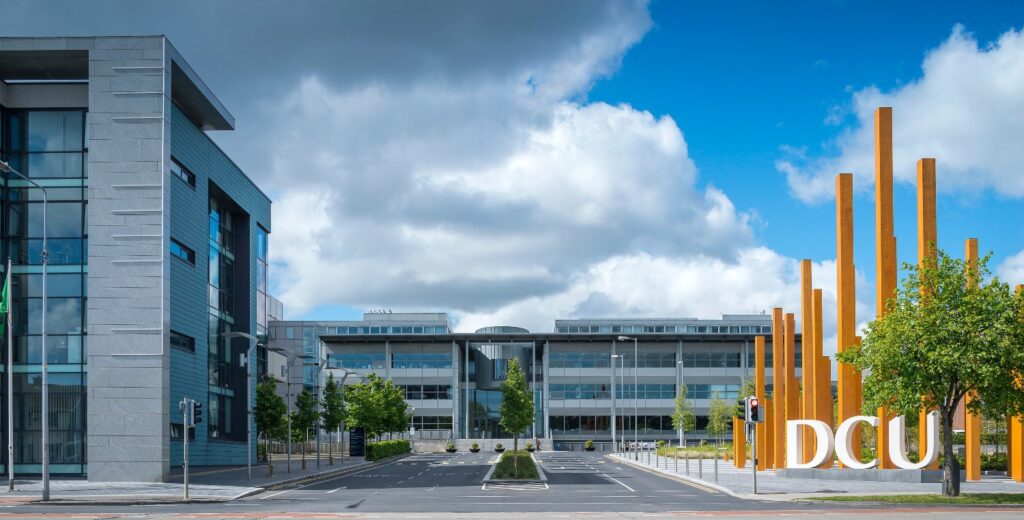 Location: It is located about 7km north of Dublin’s city center. While it is still easy to get into the city, the campus is definitely much more surrounded by family houses.

Known for: Being the newest university in Ireland (1975), which makes the campus feel more modern here too.

Location: The main campus is just 3km north of the city center which is a great location for people who want to experience the city without actually fighting the tourists and center city traffic each day.

Though the three campuses are spread out they are accessible by public transportation.

Known for: This university takes a much more entrepreneurial and industry-focused approach. This school is best for people who know exactly what they want to do as a career and prefer a bit more hands-on practical experience such as community-based learning events.

Institutes offer diplomas and certification courses rather than universities that focus more on research.

Location: This university is 25km west of Dublin’s city center but it is easily accessible by car, bus, or train. It is also Ireland’s only university town. If you are looking for a more traditional, university-centered experience then Maynooth might be a good choice for you.

Known for: Being an engaged university that is quickly growing. The nature of being a university town helps the students to engage with their community better.

For more information and a complete guide to picking the best Dublin University, click here.

See other briefs for Ireland

Top Things to Do For Spring Break in Ireland - Ireland

Tips for Driving in Ireland - Ireland

Cost of Living in Ireland vs USA - Ireland