What to do in Patagonia

The magnificent region of Patagonia lies between Chile and Argentina by the Andes Mountains, contains various national parks and claims a vast number of mountains, lakes, valleys, rivers, and animal species.

Because of the region’s natural charm, the number of things to do in Patagonia are huge and vary greatly. Patagonia is a courageous explorer’s heaven with endless options for trekking, hiking, biking, horseback riding, kayaking, and boat trips.

The largest national park in Argentina, Los Glaciares was declared a UNESCO World Heritage Site in 1981 and is part of the Southern Patagonian Ice Field, which feeds an impressive 48 glaciers. One of the most visited areas in Argentina, 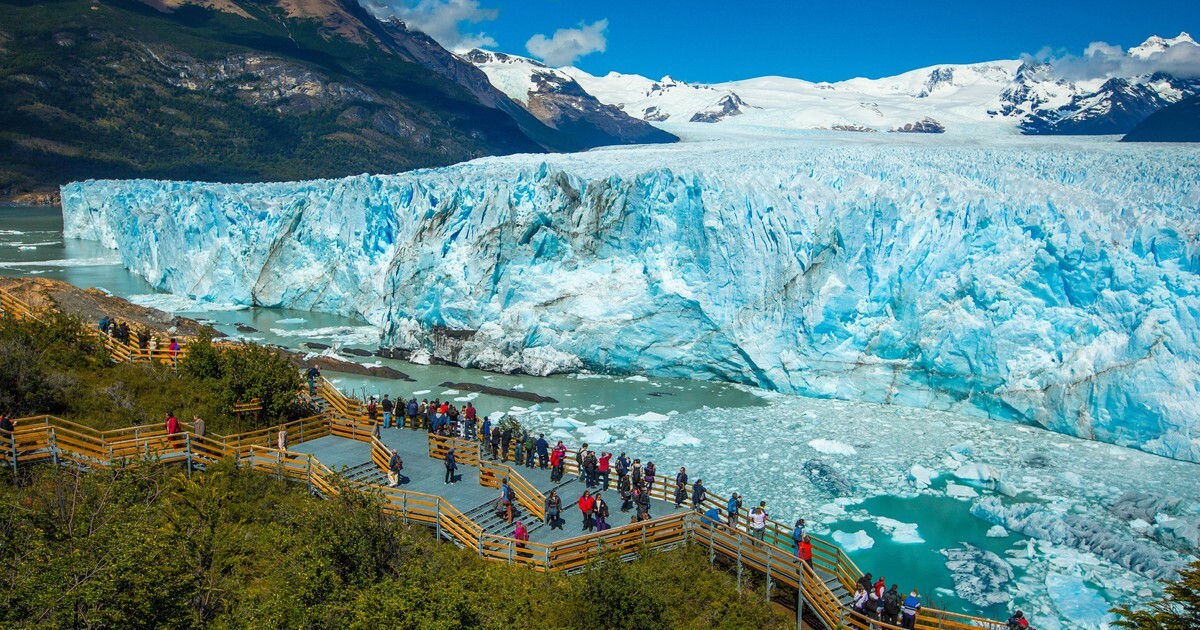 Taking a glacier cruise on Lago Argentino is one of the highlights of any trip to Patagonia. The boat passes bright blue icebergs on its way to the first stop, Upsala Glacier. At 10 kilometers wide, Upsala is the largest glacier in all of South America. 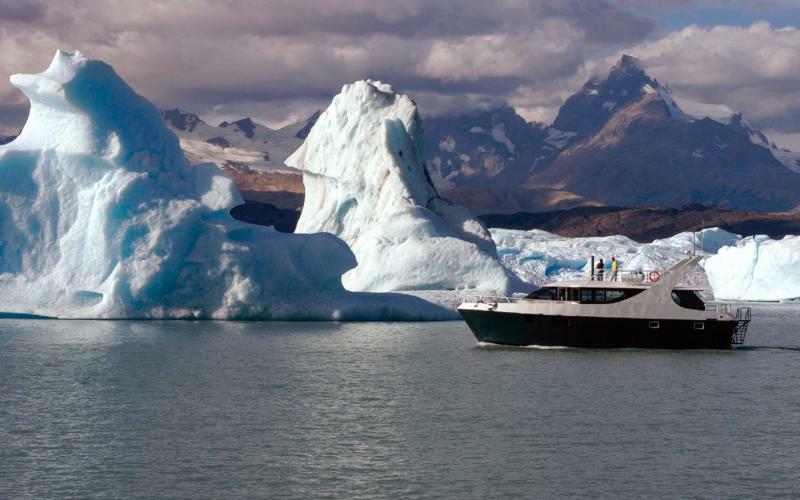 The boats don’t usually get too close, as the entire face of the glacier often falls off. Instead, you can soak in the panoramic view of the glacier from a safe distance.

Extending roughly 60 kilometers of breathtaking terrain, the W trek hits most of the highlights of Torres del Paine National Park and is considered one of the top things to do in Patagonia. 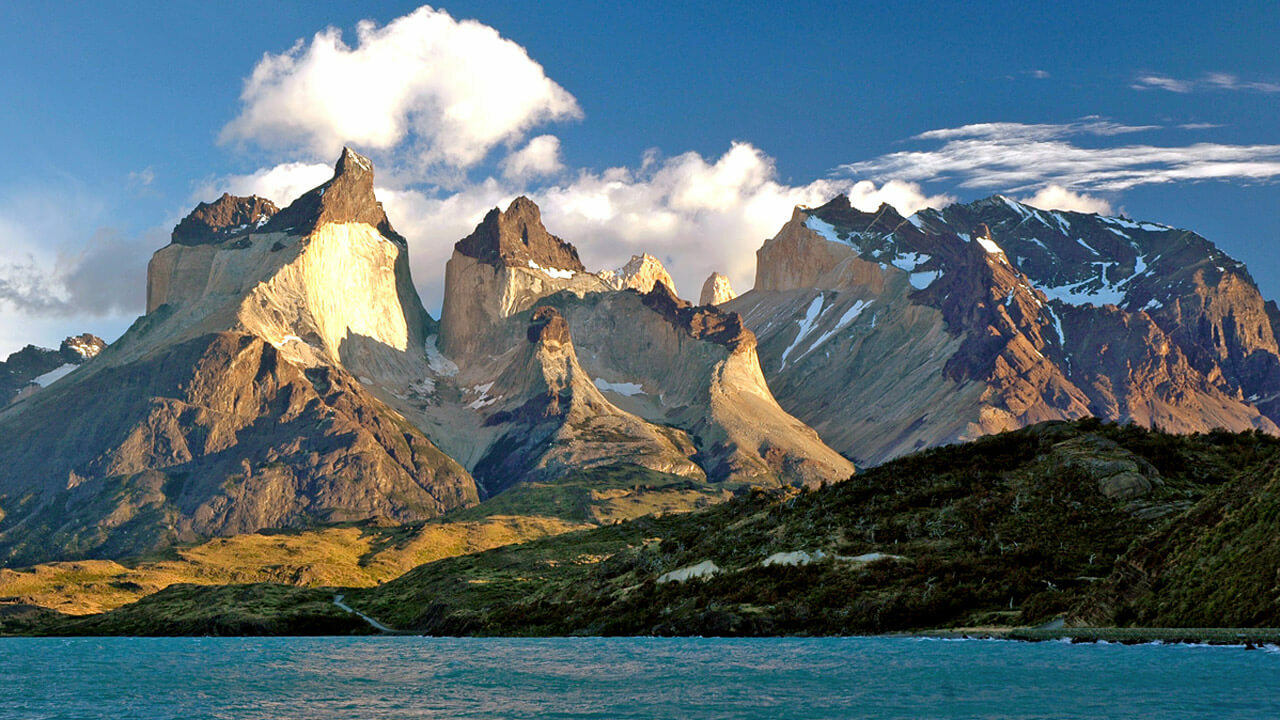 Peninsula Valdes is the main spot on the Atlantic side of Argentinian Patagonia, and it is honestly a must-see for wildlife lovers. 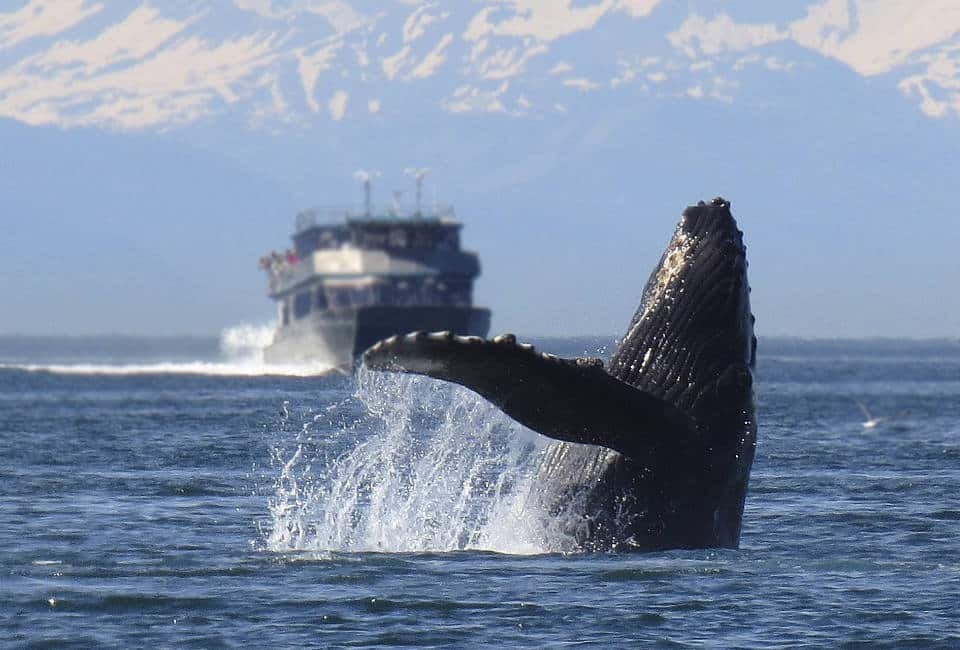 Between May and November, the coastal area of Puerto Madryn is a breeding territory for Southern whales, and seeing these endangered whales is practically guaranteed.

Punta Tombo– a narrow rocky strip on Argentina’s central coastline that stretches around 3.7 kilometers into the sea– is home to the largest colony of Magellanic penguins in all of Latin America. 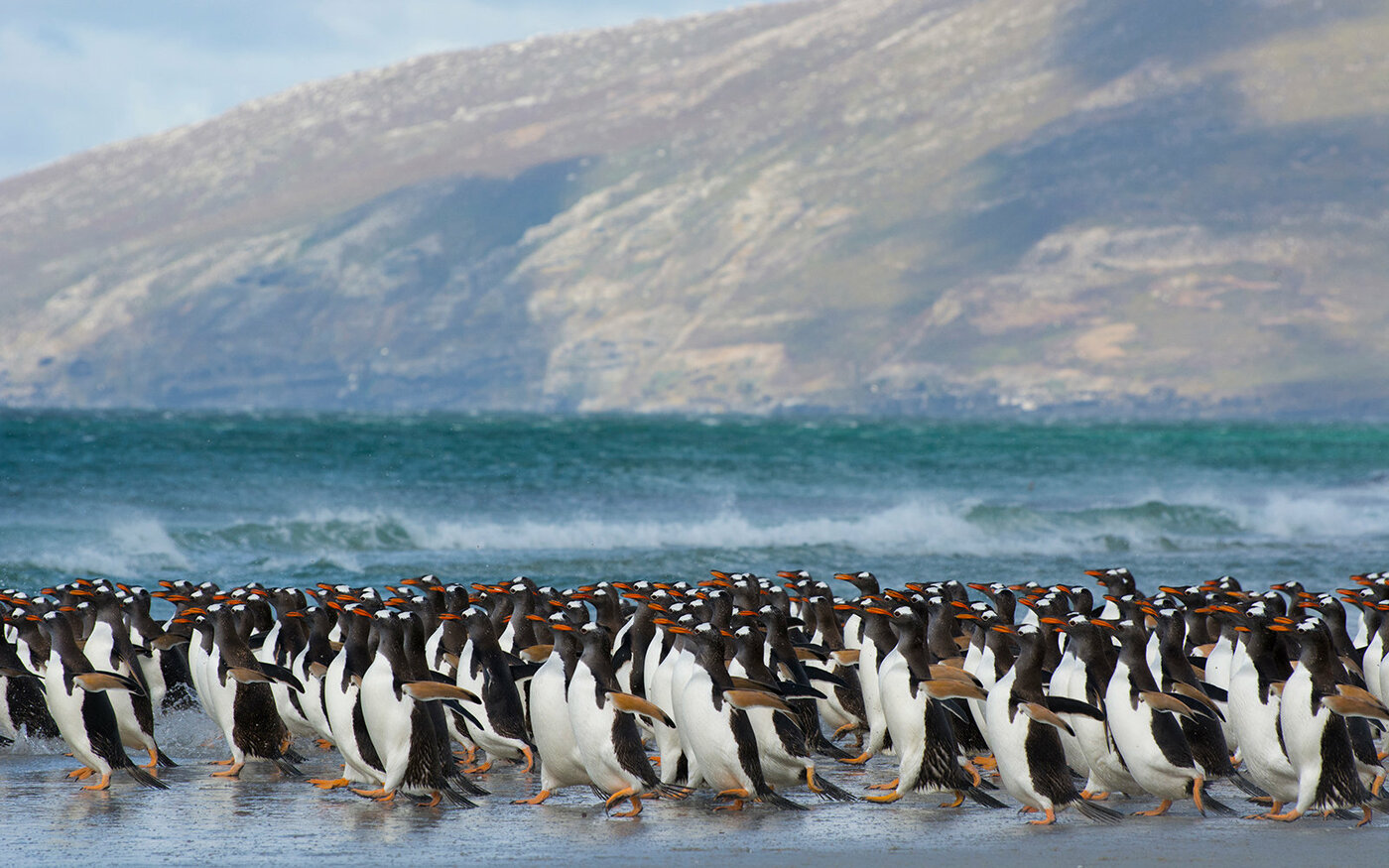 Sail through the Magellan Strait

The waters in the strait are known for being some of the most dangerous in the world. Fling yourself back in time to when Ferdinand Magellan first discovered this region by setting sail through the complex network of channels, fjords, and islets.

There are various boat trips to choose from, and you can visit penguin colonies, go on a sea kayak tour, see historic lighthouses and admire the magnificent landscape around them.

Most boat tours leave from Puntas Arenas, a main hub and tourist town in Chilean Patagonia.

The trekking capital of Argentina and Patagonia. Also for non-hikers, the well-marked trails are comparably easy to hike.

The Fitz Roy and Cerro Torre are the most popular mountains in this region. Another Highlight not to miss is the Viedma glacier. 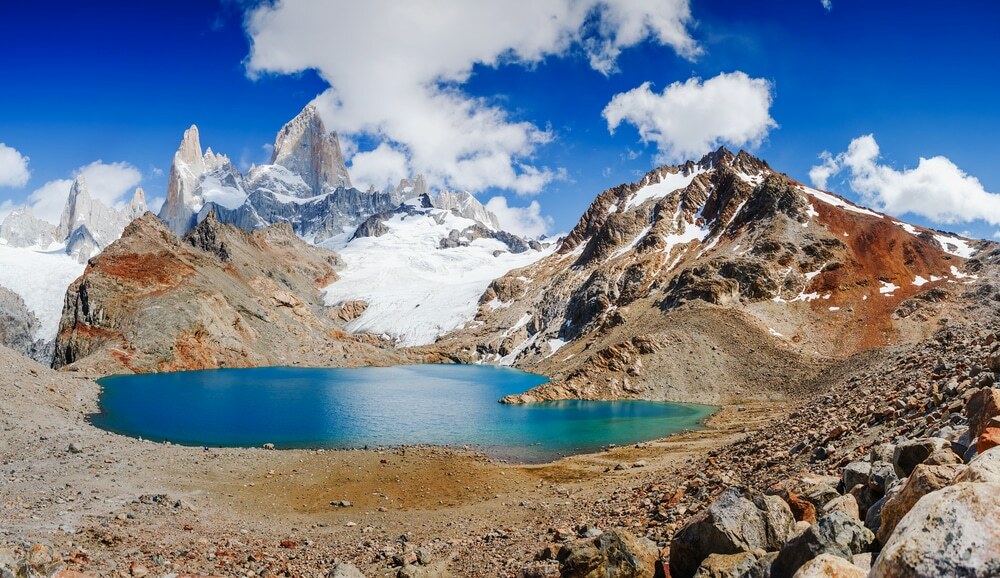 The small Chilean village Futaleufú is located at the border to Argentina. The easiest way to get there is to use a gravel road from Esquel. This is off the beaten path!

The Futaleufu river is often referred to as one of the best white water rafting spots in the world.

The landscape along the river is unique and due to its location still pretty much untouched. 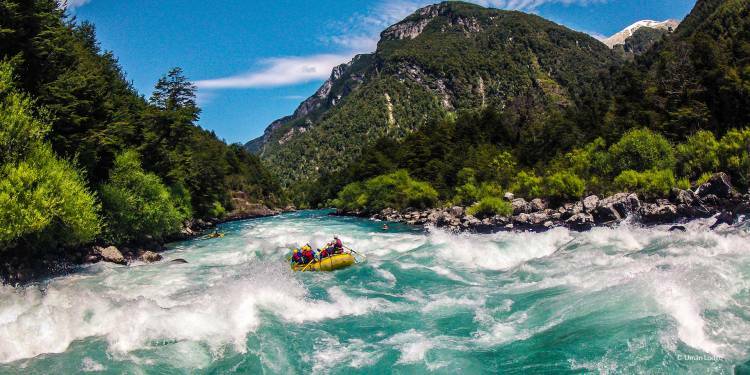 The most notable attractions here are Ushuaia and the Tierra del Fuego National Park. Ushuaia is the region’s capital and a gateway to Antarctica. The End of the World Train provides direct access from the town to the park with wild adventures.

Multiple 1-day treks attract adventurers with abundant wildlife, thick woods, wild rivers, falling waterfall and access to some of the most virgin natural landscapes in the world.

The panoramas over the Beagle Channel are worth it. 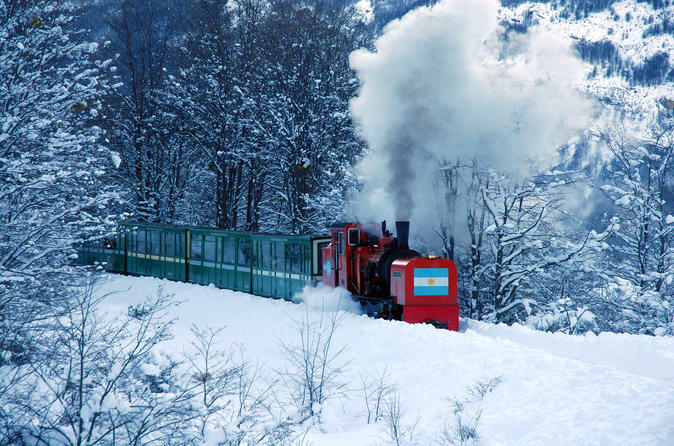 The Milodon Caves is a working archaeological site, with new finds happening fairly regularly as the excavation of the site proceeds - mostly ancient tools, firewood, and animal bones.

There is one bigger and 2 smaller caves, all of which were formed by the erosion of a glacier at the end of the Ice Age. In the late 19th century, the 10,000-years-old remains of the Milodon era were found here. Evidence hints that these caves were also inhabited by humans later on. 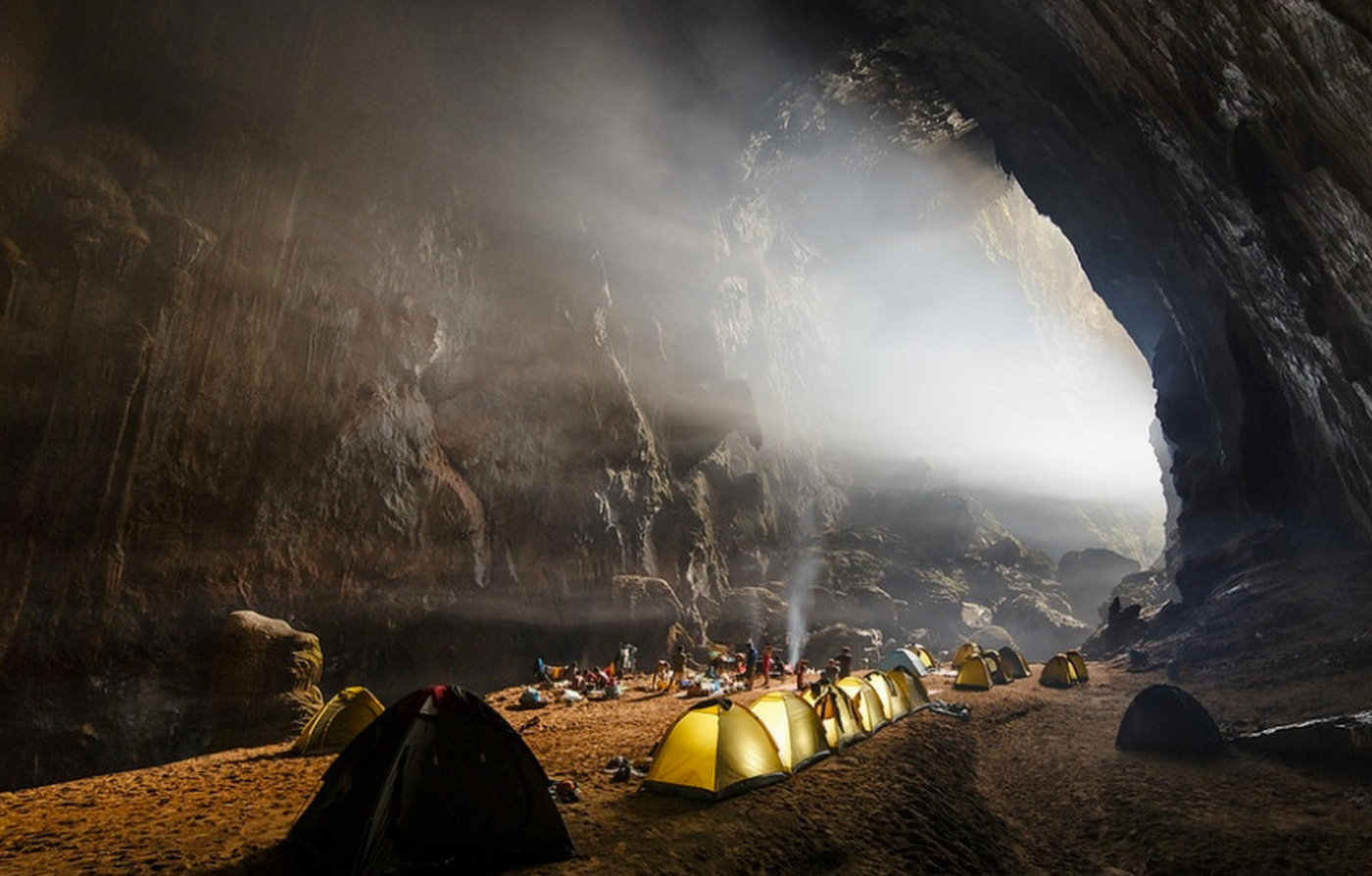 What is the best time to visit Patagonia

Patagonia is located in the Southern Hemisphere,

so the region experiences

Winters there are usually harshly cold and windy, with up to 45cm of snow per month in some places. So it’s best to visit Patagonia in their summer when it’s much warmer and less rain.

How to get to Patagonia

The simplest way to get to Patagonia is to fly into Buenos Aires, Argentina or Santiago, Chile.

From there you may need to take a domestic flight into Punta Arenas or Puerto Natales, from which many organized Patagonia tours depart or rent a car.

December to February is a high season.

How to travel on a budget in South America - Argentina

How to extend your Argentinian tourist visa - Argentina

How to get to Los Graciales from Buenos Aires - Argentina

How to travel Argentina by bus - Argentina

How to get and use SUBE cards - Argentina